Our Promise To You

Our mission at Truecare Chiropractic of Lansing MI is to provide personalized health solutions to help patients achieve their goals. As your trusted partner in health, we promise to help you attain these goals by active listening, quality chiropractic, massage, nutrition and rehabilitative care. 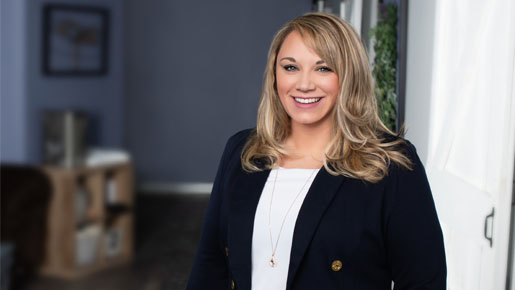 Dr. Ali Hoffman grew up in Holt, MI and returned to Lansing to begin private practice in 2011. She earned her undergraduate degree from Bowling Green State University in Liberal Studies. After graduation she continued on to New York Chiropractic College where she earned her Doctor of Chiropractic Degree.

Chronic pain and post-surgical musculoskeletal disorders are Dr. Ali’s specialties. After doing rotations through the VA Hospitals in Canandaigua and Rochester, NY she knew her passion was in treating complicated conditions and histories. She enjoys integrating a multifaceted approach and working with other providers to treat patients.

Dr. Ali lives in Laingsburg with her husband and two children. She loves going to her sons' sporting events, spending weekends in Northern Michigan and traveling. 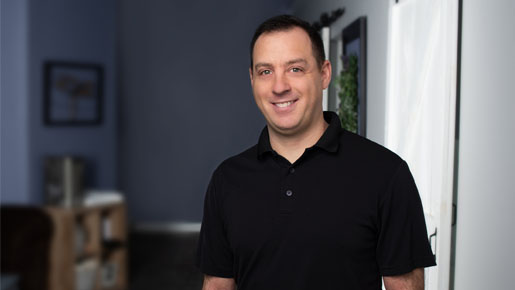 Dr. Steven Greenberg is board certified and licensed in the state of Michigan. He attended University of Western States in Portland, Oregon, where he earned a Doctorate of Chiropractic Medicine and a Masters Degree in Sports and Exercise Science. As an undergraduate he attended State University of New York, Fredonia, and received a Bachelors Degree in Accounting. He completed a pre-med curriculum at Michigan State University in preparation for chiropractic school.

Dr. Greenberg is a lifelong hockey player and enthusiast. He played competitively throughout high school and college and he continues to play in adult leagues and coach youth. Dr. Greenberg is a native and resident of East Lansing, where he lives with his wife and family. 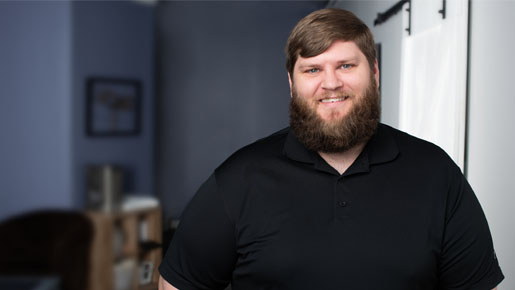 Dr. Nate was born and raised in Howell, Michigan and still lives there with his wife Kate and their husky Meika. He attended Central Michigan for his undergraduate degree while on his way to Seneca Falls in upstate New York to pursue his Doctorate of Chiropractic Medicine. He loves sports, the outdoors, and enjoys working with his hands on everything from woodworking projects to home renovations. Working with his hands is one of the reasons he chose to go into chiropractic (which translates to “done by hand”).

He enjoys traveling, experiencing new cultures and seeing all of nature’s beauty. Dr. Nate is always furthering his education by attending seminars each year to keep up with the newest research in order to help give his patients his very best. He looks forward to listening to you and helping you to achieve your goals in health. 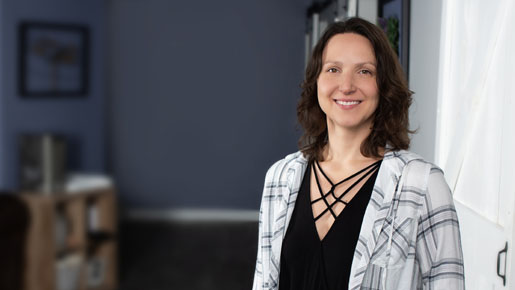 As a licensed Massage Therapist, a dancer, and a yogi, Jami's passions lie with movement. She practices massage for its root in holistic wellness, and its ability to help others. Jami blends her knowledge of clinical massage, Craniosacral Therapy and mobility to offer a custom massage experience. No two bodies are alike, and each massage is handcrafted to fit her clients’ needs. Jami likes to work in the goldilocks zone; not too aggressive, and not too fluffy. But just right. Jami's intention is to help clients heal, on and off the table. She wants to provide a peaceful environment, address their pain-points, and empower them to help themselves beyond their sessions. 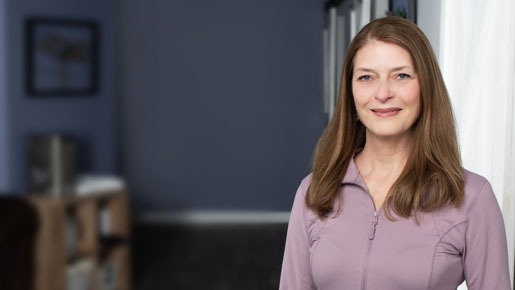 Brigitt Boucha is a graduate of the Blue Heron Healing Arts and Sciences and has been Nationally Board Certified and insured since 2009. She specializes in Medical Massage, with additional certifications and extensive studies in Prenatal, Hot Stone, Fibromyalgia, Sports, Ace Massage MediCupping and Thai Table Massage. With a 43 year background in dance and an emphasis on athletic injuries, Brigitt utilizes stretching bodywork techniques and incorporates several styles of massage techniques into her sessions.

She brings a wealth of knowledge and ability to train and assist in the healing of the mind and body through massage. Clients are informed and guided through rehabilitative exercises and stretching to help further their healing process. Chinese herbs and Essential oils are also often used to facilitate healing. She joined the staff at Chiropractic Professional Center in 2015 and loves working with her clients and the group of professionals that that have been selected to form such an outstanding practice. 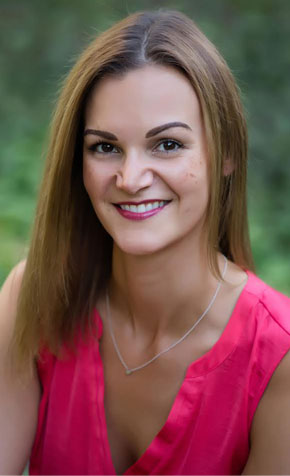 Kelly is a Registered Dietitian and Certified LEAP therapist, specializing in the identification and treatment of food sensitivities and inflammatory conditions triggered by foods, such as IBS, migraines & fibromyalgia. She graduated from Michigan State University in 2000 with a Bachelor of Science in Dietetics, and completed her Dietetic Internship through Loyola University Chicago in 2001, becoming a Registered Dietitian in January 2002.

Kelly worked in Chicago, Illinois for seven years, with most of that time spent working in various clinical areas at The University of Chicago Medical Center (UCMC). Her final two years at UCMC were spent managing the Center for the Surgical Treatment of Obesity, and in 2006 her paper Vitamin D Deficiency in Preoperative Bariatric Surgery Patients was published in the medical journal Surgery for Obesity and Related Diseases.

In 2008, she relocated with her family to East Lansing, Michigan. Her most recent position outside of private practice was Bariatric Surgery Program Manager at Minimally Invasive Surgical Associates in Lansing, MI from March 2009 through May 2011. Kelly founded her consulting company in February of 2012 and has been in private practice since January 2013.

Jason is a licensed Physical Therapist Assistant and strength coach.  He attended Baker College in Flint, MI, where he earned an Associate’s Degree in Physical Therapist Assistant.  He has an enormous passion for fitness, rehabilitation and optimizing human performance.  Jason’s background in athletic performance is extensive, leading to his unique knowledge of rehabilitation as it applies to daily life and sport.

Given this unique background he has a special talent for helping individuals who need either rehabilitation or tips on optimizing performance. His current interests are spine-based injuries, shoulder and hip instability, mobility training, and motor control. Jason firmly believes that the patient comes first, no matter the circumstances.

Jason enjoys being active and is a native of Lansing, where he lives with his wife and daughter. 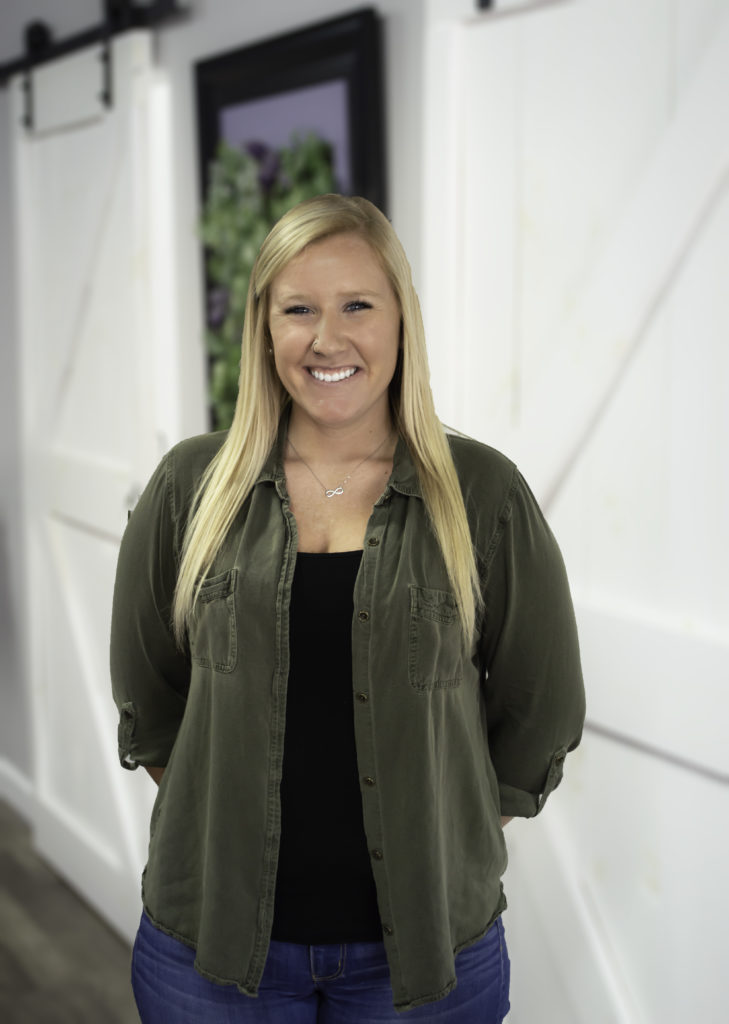 Chelsey is a graduate from Laingsburg High School. Her two cats, Ging and LB are the loves of her life. Not only does she have the two cats, but two dogs, 8 chickens and one younger brother. She enjoys spending time with her family and friends. Chelsey's hobbies include trail riding, anything on the water, crafting with her mom and shopping from Amazon...daily.